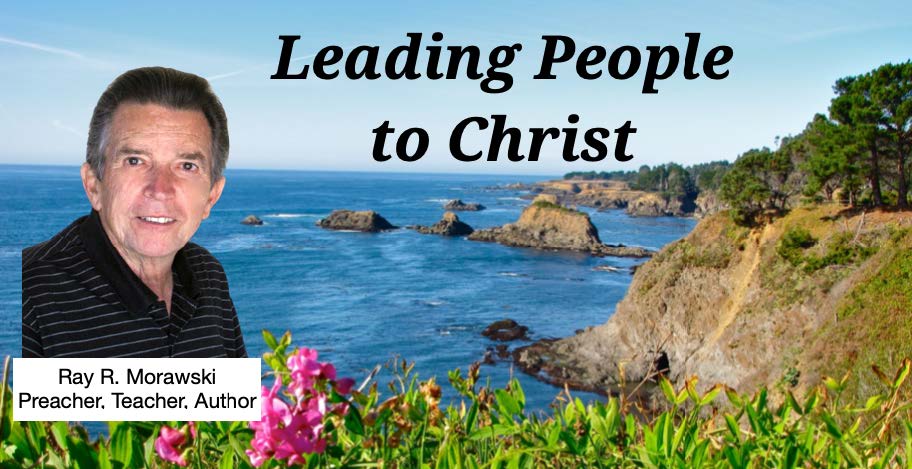 I Was A Lost Believer

I accepted Christ as my personal Lord and Savior when I was a 21 year old senior in college. Prior to that time, I attended various Bible-believing churches, but no one led me to Jesus Christ or explained salvation to me. I always believed there was a God. I knew Jesus was crucified on the cross. I knew we celebrated Easter as the day He rose from the dead. However, no one explained the necessity of salvation to me. I was a lost believer.

There Was No Peace or Purpose in Life

There had to be more to life than graduating from college, finding a good job, getting married and dying someday. Why was I here? What is my purpose in life? Where am I going? I competed in high school and college as a successful distance runner (mile, two-mile and crosscountry). The teams I competed on won conference titles, state and national championships. Frequently, my name and photograph appeared in newspapers. There was lots of athletic recognition, but still no inner peace or purpose in life.

During the Vietnam War, my name came up 35th in the draft lottery. I had to enlist. I was not opposed to serving my country in the military, but started thinking I would be killed in the war. My grandfather was almost killed in World War I. My dad was a prisoner of war in one of Hitler’s torture camps during World War II before a miraculous escape. About to graduate from college in a few months, I still had no inner peace or purpose in life. One day I drove my 1962 Chevrolet pickup truck up on a ridge in the Los Padres National Forest (Cuesta Grade in San Luis Obispo County, California) where my dad and I went deer hunting sometimes. As I contemplated graduation, the Vietnam War, and no peace or purpose in my life, an inner voice said it would be better to kill myself. I thought about it awhile and agreed. I got my deer
rifle out of the wooden storage box in the rear bed of the truck and loaded it. After putting the barrel in my mouth, I reached down to the trigger. I almost pulled the trigger, when suddenly I sat back and said to myself, “What are you doing? Are you crazy?” Quickly, I unloaded the rifle and put it back in the storage box.
I could not believe it. What was I doing? After a few minutes, I drove out of the woods and back to my apartment which was located near the California Polytechnic State University campus where I attended. I did not tell anyone about the incident.

Several months passed by. I continued daily workouts and competed with the track team. We won all our competitions and the team was headed to the NCAA championship for the fourth consecutive year. However, still no inner peace or purpose in life. I decided to make an appointment with a counselor on campus. I needed help. You may have heard the joke… “You know it’s going to be a long day when you call suicide prevention and they place you on hold!” Well, the counselor I was scheduled to see never even showed up for our appointment! He forgot it! It was so frustrating and discouraging!

On Valentine’s Day, 1970, I got into an argument with my girlfriend. I honestly do not remember what we argued about. I became so frustrated, I got in my pickup truck and drove south on HWY 101 toward Santa Maria, California. About the time I got to nearby Arroyo Grande, I was driving approximately 90-95 miles per hour. Suddenly, I heard the inner voice again. ”Go ahead, kill yourself, it will be better.” I decided to run the truck into a cement bridge crossing the highway. Suddenly, at the last moment, I slammed on my brakes and slid off to the right side of the freeway. When the truck
came to a stop, there was dust all around. I started to cry. “What is wrong with me?“